A Question of Interpretation 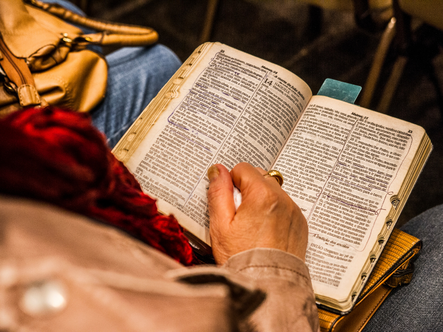 Have the stories of the New Testament lost their power because their interpretations are supposed to be set and unalterable and therefore of no practical use to the present day, or are they just too ‘old hat’, familiar at a superficial level?  Myths are perpetuated as they are re-interpreted in each generation. You can see this process working out even in fairy stories; the story of The Three Bears, for example has gone through a diversity of versions suited to the changing mindsets of the generations. The most recent I have come across ends with Goldilocks and Baby Bear going off to kindy together; a far cry from the frightening ending the story used to have!

Our interpretation of bible stories does not have this flexibility.  The bible is the Word of God and therefore thought to be unchangeable; that in itself is a kind of myth that needs some challenging.  The books were written by men, and subject to the restraints and world view of the times in which they were written.  If this were not so they would have been incomprehensible to the audience for whom they were written.  This accounts for the discrepancies within the stories from one Gospel account to another.  Each Evangelist was writing to convince, not history or future generations, but a specific audience whom they wanted, passionately wanted, to convince of the divinity of Jesus of Nazareth.

Every translation is a work of creation and this is especially true of biblical translation.  Each translator brings what s/he believes to be the way of saying, in a modern idiom, what the ancient/original language says or what Jesus meant.  Put that way you can see how risky it is to treat the sacred texts as the direct unalterable Word of God.

“Where will it end?” I hear you ask, “if we can’t believe in the word as it stands how do we know what to believe?” Several answers come swiftly to mind. Firstly, you don’t believe a lot of it anyway.  Do you believe divorce and remarriage is a sin?  The church fairly generally has updated its views on this. Do you believe the unkind, uncharitable thoughts you have about others are genuinely wicked?  Do you love your enemies, or even the people you work with who irritate you?  Here, of course, I am talking about the New Testament, any attempt to pretend that the Old Testament can be taken literally as a guide to a good life gets one into more deep water than out of which one could possibly swim.

A second answer is: eternal truth stands; it doesn’t need mere human thinking to preserve its dignity.  Eternal truth is life-giving – life is energy, life is vital, it moves.  Life that is static is no longer alive in any meaningful sense, rather it is a museum piece, an image of how things used to be.  To the great ‘general public’ the bible stories are now just like fairy stories, backed up by miraculous reindeer covering the globe in one night or cartoon rabbits with an abundance of chocolate chucking it all around the garden.  Eternal life doesn’t come into it. The real stories are like exhibits, fossils in the museum of history and how many of the general public get to visit museums?

The most important answer, of course, is that from the beginning of the church until now the conviction of truth rested on one’s experience of the Risen Christ.  The stories were written to lead people to know Him, to experience the love of God and to respond.  Obedience to the sacred texts is meant to be a willing and heartfelt response to the love of God not a code of behaviour to keep God on your side.  Preaching the Risen Christ today requires some serious thinking, with a contemporary focus and a language that people understand.  The immanent rather than transcendent Christ might speak in ways that people can get; archaic language simply cannot do that now. There must be better ways of expressing the truth.
It is fascinating that we can ponder and be entranced by the myths and sacred texts of other faiths; we can value and respect them and search for their poetic or symbolic meaning.  We have lost this fascination with the sacred texts of our own historic faith, the stories have been too familiar, in the extremes of the sentimental or the punitive, a certain attitude of scientific investigation has made them unbelievable and now they serve for much of the West merely as background to or justification for commercial opportunities.

Perhaps the question should be: Is it possible to rediscover the freshness and beauty of the original Christian stories, of the Man that started it all?  Can we shear off the accretions of the ages and see the texts with new eyes?  I believe it is ‘worth the candle’ to bring in the light not only in the light of a new understanding but also light, lightness, as in light-hearted; to recapture the joy, delight and extra-ordinary vitality of the Jesus of the Gospel.
​
That Jesus was not a John the Baptists, Jeremiah, or Isaiah.  He did not conform to the image of a truly religious person, that’s probably what made Him so appealing, but the traditions have turned Him into such a one, only different in having more power.  For ‘real’ prophets ‘life is real life is earnest’, and, honestly, pretty drear.  Jesus was not like that and maybe is pretty fed up with being consigned to that role!
Read further articles in this special release series:
See The Complete Series